A quote from Rumi

This quote reminds me of my own journey, although I don’t know if I’ve hit wisdom yet

‘Yesterday I was clever, so I wanted to change the world

Today I am wise, so I am changing myself’

Exercise, stretching and the Alexander Technique 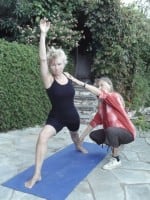 It is not true that as AT teachers we are anti-exercise, but HOW we exercise, and some of the those savage ham string stretches before a football match may well be what causes the torn ligaments.

“stretching somehow increases tolerance to pain – that is it has an analgesic effect.  It does not seem prudent to decrease one’s tolerance to pain, possibly create some damage at the cytoskeletal level and then exercise this damaged anaesthetised muscle.” (Ian Shrier)

Gentle easy warm ups are the answer then.

‘So we tell our pupils that before they start exercising it is a good idea to stop and get rid of whatever tightening and pulling down they are doing, and allow themselves to lengthen and widen.  This brings their muscles into a state of lengthened and balanced equilibrium which is the best state to be in for doing the next thing.

Lying down in semi-supine competition

I have started a competition for the best photo of semi-supine on my facebook group ‘I like lying down in semi supine’. The prize is the clock shown here, supplied by STAT.  All you have to do is join the group and put a photo up by December 1st, and you may win! My theatre students said it would be like ‘planking’ …..and plan to take pix of unusual places to lie down in…could be fun! 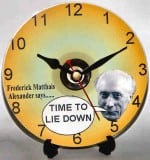 is a review of restaurant that mentions Alexander Technique if you keep reading….I clearly would be OK to sit in these chairs since I’ve been working with AT for 36 years now….we get more flexible as we get older! Yippee!

News|October 17, 2011
http://library.constantcontact.com/download/get/file/1102894903274-27/ATLAS.pdf
Click on this to find out all about a new research protocol about to start comparing AT with acupuncture regarding neck and shoulder pain, funded by Arthritis Research UK.  Since it’s only just starting, it will be quite some time before we find out the results, but I am very hopeful and it will add to the growing evidence of AT as a useful tool to fighting muscular-skeletal disorders. I am personally interested as my Dad had rheumatoid arthritis and died before I was qualified to try and help him…… 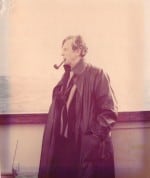 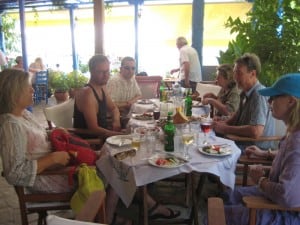 My 3 workshops in June and July went very well indeed – see my facebook page ‘ alexander technique in greece’  for some photo albums of this. 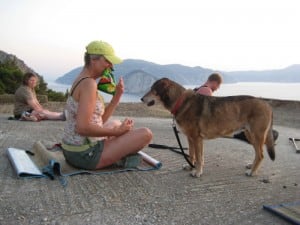 Spiros was there too 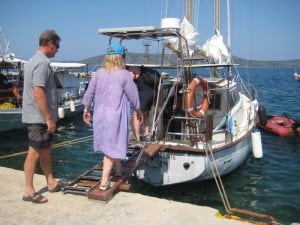 our boat for the day

This is a very iteresting artcicle on someone paralysed, given the chance to walk again by attaching electrodes to the legs. What is clear they have learned that it is the legs and spinal cord that are the main drivers of walking – messages from the brain facilitate, but it is the weight transfer that is important. The article of course puts ut much more clearly than this brief summary and there’s a bigger report on this research in the Lancet linked in this article

There’s a great new film short on youtube   http://youtu.be/hwKkbl-EzfQ  watching and listening to musicians in New York at Juilliard and Aspen who have had lessons with Lori Schiff.  Makes it very clear.

Robert Fripp and the Alexander Technique

Robert clearly does Alexander Technique as this article suggests:
http://www.wvpubcast.org/blogs.aspx?id=20053&blogid=1536

Marilyn Monroe and The Alexander Technique

Now as far as I know she didn’t have a lesson in AT, BUT she did have an interest – at least until page 154 of Man’s Supreme Inheritance by FM Alexander. A copy was found on her bookshelves, well thumbed and annotated and here’s a link that will tell you more. http://www.marilynmonroecollection.com/TheBook2.htm
Reckon she could have done with some lessons – that head goes waaaay back when she pouts at the camera. I do love her in Some Like it Hot – one of my favourite movies of all time, Sugar.